Islanders Health during the Occupation - Part 2 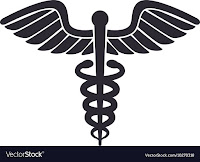 By way of something off the beaten track, here's the report on the health of the Islanders during the occupation, published in 1945, after the war had ended

For some years, the function of Overdale has been gradually changing. Opened primarily as an infectious disease hospital, it has gradually developed the side of its work dealing with tuberculosis until that has become by far its most important function.


During non-epidemic years, and fortunately 9 out of 10 years are non-epidemic, we can devote 45 beds to the treatment of tuberculosis in-patients. Owing to the urgent need of repairs and re-painting, this has been temporarily reduced to 22, but soon we hope to have all our wards open again.

The conditions for such patients are good, much better in fact than in many sanatoria in England.

The Out-patients' Department, originally started for the supervision of convalescents, and pneumo-horax refills, has developed into a T.B. clinic and dispensary. This department has a waiting room for patients, an office where all records and X-Ray films are kept together with all correspondence dealing with the patients, a treatment room for artificial pneumo-thorax refills, and an X-Ray room.

The Clinic is open on Mondays for men and on Saturdays for women. To it come all our old patients for re-examination and treatment, visitors requiring A.P. refills, and cases referred by local doctors for opinion and treatment if necessary.

We have an arrangement with the District Nurses whereby we can get reports on the patients' home conditions. We can also arrange for financial assistance where that is necessary. Contacts are also examined and photographs taken of their chests. The necessary bacteriological and other tests are also arranged with the aid of the Laboratory.

The X Ray plant at Overdale is used entirely for screening; all films are taken at the General Hospital. All treatment at Overdale is free. A. J.M.T. bus is under contract to take patients from the Parade, opposite the Laboratory, to Overdale at 9.15 a.m. on. Clinic days. This bus is free to patients.

When patients require special operative treatment not available on the Island, we procure beds for them in England and, where necessary, cover their expenses. During 1945, two patients were sent to England for thoracoplasty under this arrangement. We have been asked by the L.C.C. to put 5 beds at their disposal in Overdale for early cases. This has been agreed to, but we cannot start doing this until we have our full complement of beds.

The L.C.C. will pay for these patients and the money so received will cover the expenses of the patients we
have to send to England for surgical treatment. It will also mean a periodical visit from a very highly qualified specialist who will be willing to advise us on the treatment of our cases where necessary, and help us to obtain beds for our surgical cases requiring thoracoplasty and similar operations. The arrangement should prove a great advantage to our local sufferers from T.B.

Everything possible has been done and will be done to make Overdale an up-to-date place for the treatment of T.B. The fact that the L.C.C. has asked us to place five beds at their disposal indicates what a high opinion their expert formed of the institution when he was here.

During 1943, the diphtheria epidemic demanded all available beds in Overdale, thus reducing our accommodation for T.B. It was necessary to obtain other accommodation for these patients, so Les Vaux was opened as a temporary sanatorium.

It served its purpose very well and many patients were placed well on the way to recovery, whilst living under very pleasant conditions. It was an excellent place for T.B. children who rapidly recovered health and strength in its pleasant home-like surroundings.

I would have liked to have kept it going, but that was impossible, and it was closed down in September 1945. The accommodation at Les Vaux was increased by taking some of the hutments from the Chest Clinic at La Hougue Bie.

The average for the fore-going five years was 1.3. the average for the ten years 1930-1939 was .88. During the five years whose rates have been given above, the death rate was 50% higher than during the previous ten years. It is curious that that the rate rose immediately, not slowly as one would expect with a slow moving disease like tuberculosis.

It is more curious still when we find that the rate for 1945 is per thousand, practically the average for the years 1930- 1939. a sudden fall in the year the Occupation ends. This is very odd, and no explanation. I can think of is very satisfactory. The rate for1945 may be a chance variation, the figures we work on are small. The difference between a rate of 1.3 and .88 is the difference indicated by a fall from 65 deaths to 44 on any given year and such variation might occur by chance. In that case we might expect a higher rate next year.

Another explanation is that normally a large percentage of our TB patients leave the Island for treatment and their deaths are recorded elsewhere.

This was impossible during the Occupation so the death rate rose, this custom was resumed as soon as we were released, and the rate fell.

The first part of this explanation seems feasible enough but it is hard to believe that many got away since V.E. Day as there is a great scarcity of beds for T.B. in England.

Overdale admitted 41 cases of Pulmonary T.B., 2 cases of Spinal T.B., and one case of T.B. peritonitis. One case which proved not to be T.B. was sent to England as a possible cancer of the lung. 29 patients were discharged, 18 of whom were fit fear light work, and 11 unfit for work.

In 1940 there were Amur cases of diphtheria, with no deaths. In 1941 there were no cases of diphtheria. In 1942, the disease was re-introduced from France by foreign workers brought here by the Army of Occupation. There were several cases amongst those workmen and amongst German Troops before any civilian cases occurred. By the end of 1942 there had been 66 cases, in 1943 there were 211 cases, in 1944, 46 cases, and 112 1945 a rise to 89 cases.

The total deaths 1942-1945 was 19. This gives a death rate to the end of 1941 of 4.6. The death rate has tended slightly downward since the end of 1944, probably due to the re-introduction of concentrated sera after V.E. Day, and better nutrition. The organism was of the mitis type.

Towards the end of 1942 there was a serious crisis in the supply of anti-toxin. The supply actually fell to a point when there was only enough left to treat 3 serious cases, and cases were arriving at the rate of five or six weekly. It came just in the nick of time, thanks to Dr. Le Saffre of St. Lo, the Pasteur Institute in Paris, and the International Red Cross. The serum so obtained was all of the unconcentrated type and the patients had very bad scrum rashes.

To treat a bad case often required the injection of 80 or more cubic centimetres of serum. We obtained from the Pasteur Institute large supplies of diphtheria prophylactic in the form of Anatoxin; with this we were able to immunise a large proportion of our children, and so brought the epidemic within manageable limits.

During 1945, Overdale admitted 10 cases of Scarlet Fever and three cases with a diagnosis of Scarlet which proved not to be Scarlet.

I must record my admiration for, and thanks to, the nursing and domestic staff at Overdale for their loyal and unremitting service during the Occupation.

Things at times were very difficult. The roof blew off one of the wards and fell in the football field during the big storm early in the Occupation. The Germans put guns in the grounds, and the firing of these guns brought down ceilings and frightened children.

Heating and cooking finally became almost impossible and I often saw pots of water boiling on improvised camp kitchens outside the wards in order that patients could be kept clean and have a hot drink. Through it all there was invariable cheerfulness and efficiency.

Freedom has brought staffing problems, repairs, repainting, and a drive to bring the place up-to-date, still everything goes along peacefully and the patients are well looked after.

I must also thank those who came to entertain the patients at Overdale and Les Vaux during the Occupation. Transport was difficult or non-existent, but still they came, bringing their instruments and props, and they gave the patients many a pleasant hour. The local broadcasting over the telephone service was a great help and did much to lighten the tedium of the Occupation combined with long periods of confinement to bed.
Posted by TonyTheProf at 03:00