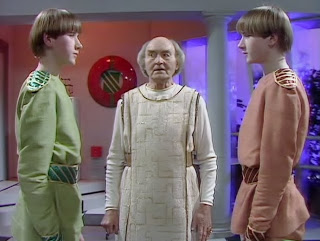 "I will do everything which may serve the Party." (Rusashov, Darkness at Noon by Arthur Koestler)

Halle Berry discussed potentially playing a transgender man and then dropped out of the role following a backlash of criticism. Her statement reads like something after Chinese or Stalinist “re-education” programmes:

“As a cisgender woman, I now understand that I should not have considered this role, and that the transgender community should undeniably have the opportunity to tell their own stories. I am grateful for the guidance and critical conversations over the past few days and I will continue to listen, educate and learn from this mistake”

Krestinsky: “In the face of world public opinion, I had not the strength to admit the truth that I had been conducting a Trotskyite struggle all along. I request the Court to register my statement that I fully and completely admit that I am guilty of all the gravest charges brought against me personally, and that I admit my complete responsibility for the treason and treachery I have committed.”

What’s wrong with all these roles? The actors playing the parts are not disabled or gay themselves.

There is a world of difference between acting and being, and the inability of an increasingly vocal and extremist part of the community does not seem to understand this at all.

“Today's authoritarians share many things, especially their contempt for the truth, for freedom of expression, and for equality before the law, without which there can be no democracy. They congratulate each other on their purported efficiency in “telling it like it is,” and in “getting things done.” They seek to censor and to “guide” public opinion.”

Magnus Fiskesjö was commenting on the return of China’s show trials, but those words have a chilling resonance to the world we find ourselves in today where anyone who steps out of line with a different opinion, as J.K. Rowling did, suddenly finds not engagement, argument, discussion, but a determination to cow and silence them.

Dictionary: Acting - behave so as to appear to be; pretend to be

It reminds me of when those actors who played villainous characters in Coronation Street would sometimes find themselves pilloried and shouted at when out shopping. We expect viewers of a soap opera to sometimes confuse the world of the soap with reality, as that’s been the case since its inception – part of the appeal is that it simulates reality.

But it surprises me that supposedly intelligent human beings cannot understand the difference between acting and being.

I can understand why there are issues behind “blacking up”, when in older dramas, white actors would play the role of other ethnic types, as there is a clear link to the Minstrel shows and racism. And ethnicity is something visible that marks out an actor’s ancestry, but other traits are invisible and cannot be seen.

But what link is there to homophobia if Benedict Cumberbatch plays a gay man Alan Turing? Or Colin Firth plays a fictional gay man in “Mama Mia”? Or should transgender actors or gay actors only play those roles in movies? Should the best actor for the role be used or just one who happens to fit the woke tick boxes?

And what about accent and nationality? Is it right that Renée Zellweger can play the part of someone English? Isn't that taking away the part from a multitude of English actors? The permutations on this kind of theme are endless, but we probably haven't seen so much of it because the modern world is obsessed with notions of gender as if that was the singular defining human characteristic when choosing an actor..

The Twin Dilemma: Who plays the part?

There’s a Doctor Who story which regularly gets to the bottom of the list of stories called “The Twin Dilemma”. In it are two characters who are supposed to be twins called “Romulus and Remus”. The director decided that rather than case two actors who looked similar enough, or possibly a boy or girl (where the difference would not be so noticeable), he would cast real life twins. The problem comes in that they can’t act. They tick the box for being twins, but as supposed boy geniuses, they come across as wooden.

As one reviewer noted:

“The twins are terrible, can’t act a lick and act like cocky twats to boot. Again, who thought have two mathematical genius kids in a recurring role was a good idea? Especially as the odds of finding one good child actor was low, let alone a twin pair of them!”

But doesn't that take away from twin actors who could play the part, even if they were terrible?

This is an extreme case, and of course there a lots of good actors out there of every gender under the sun, but the question when selecting for a part is first and foremost: who is the best actor for that role?

Writing in “The Guardian”, Ryan Gilbey notes that:

“It would be unwise to outlaw the function played in performances by interpretation, imagination and skill; it’s called acting for a reason, after all.”

This can happen by accident. As actor Chris New comments:

“I’m known as being an out gay actor,” he says. “But I’m not – or, at least, I’m not just that. I’m an actor, yes, and in my private life I have mainly found that men attract me. I don’t see that, or any other singular aspect of my identity, as defining me or as something that I wish to trade on. In my work, I am increasingly allowed to engage in my culture only when that engagement centres on being gay. Being out has done nothing but restrict my career. In the current cultural climate I am invited to participate only on the basis of my supposed oppression. Nothing more is required of me. I live in a cultural ghetto.”

“It seems ridiculous to only play parts within your own experience. That would go against everything anyone’s ever learned about acting.”

“I really believe that actors can embody and portray anything, and we shouldn’t be defined only by what we are."

Are you now, or have you ever been a communist? (Senator McMcarthy)

There’s also a question of privacy. Matt Damon has commented that: “Whether you’re straight or gay, people shouldn’t know anything about your sexuality.”

Now I don’t think people shouldn’t not speak publicly about their sexuality, if they want to – but they should not be forced to do so or have assumptions made purely because of wanting to play a part.