Challenge to the Candidates 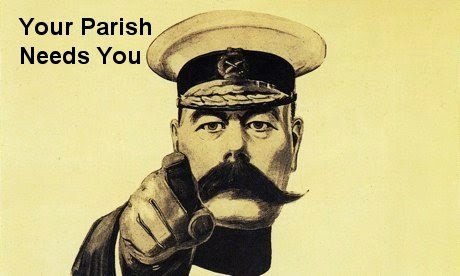 With only two seats and seven candidates, there are bound to be unsuccessful candidates at the St Brelade No 2 elections on Wednesday. And likewise for St Brelade No 1, with one seat and three candidates.

Having read the campaign manifestos, and the online information, together with what the candidates are saying, there is one feature in common: they all profess their love for the Parish, and their desire to do something for the Parish and Parishioners; that is part of the raison d’etre for why they are standing.

So I have this challenge for them: if they do not get elected, will they make good that statement of intent by taking up voluntary roles within the Parish?

There is one person in particular whom I remember well, and it has to be said, I didn’t vote for him at that time. Steve Pallett stood as Constable, and then for Deputy, in the days when the elections were staggered. He didn’t get in. He was challenged that if he really wanted to serve the Parish – as he had stated in his manifesto, and at the hustings, he should get involved in an honorary capacity, for example, by joining the honorary police. In other words, “put your money where you mouth is”.

He responded to that challenge by doing just that. He joined the honorary police, and rose to the position of centenier relatively quickly, because not only did he have the aptitude, he also made it his business to learn as much about the honorary police and munipality in general.

During that time, he was also instrumental in tackling antisocial behaviour, youth crime, and under his influence, the successful Friday night football was introduced for young people; it set a benchmark for various other initiatives in the Parish.

All of that made him eminently suitable as a candidate for Constable when the opportunity arose. And the fact that he had not sat around being idle but had actively taken on a voluntary role made all the different to my estimation of him when he stood for Constable.

So what of the current candidates? Some are doing work in an honorary capacity within the Parish, some did so, but not recently within the last three years, and some have done nothing at all. And only a few have been present at many Parish assemblies (except when it involved their business).

But that is in the past – I’m not going to give names here. I’m simply going to issue the same challenge that was given to Steve Pallett: you profess a desire to do something for the Parish, and you didn’t get elected – what are you going to do?

If the same unsuccessful candidates come back at the next election, I will certainly be publicising how much they have done – or how little!

As gender equality has recently come up in the local news, it is worth noting that the Honorary Police accepts both men and women as Constable’s Officers (and all the way up to and including Centenier).

This may not be suitable for all candidates, and it does involve being a Parish resident. However, there are plenty of other voluntary roles which would benefit from people who do have a passion for the Parish.

I would note that, looking back, the last four Constables of St Brelade – Enid Quenault, Max de la Haye, Mike Jackson and Steve Pallett all served in voluntary capacities before being elected to the States – and the first two were elected first as Deputies.

So make a pledge ahead of the elections and say "I will":

You have written the above Sir,

Roads and Pavements: legal liability in case of negligence P.75/2011

Mike Jackson voted against taking responsibility for roads and pavements that his TTS department had not repaired and caused injury possibly to members of the public through out the island. How is ducking of proper responsibility showing a caring attitude ?